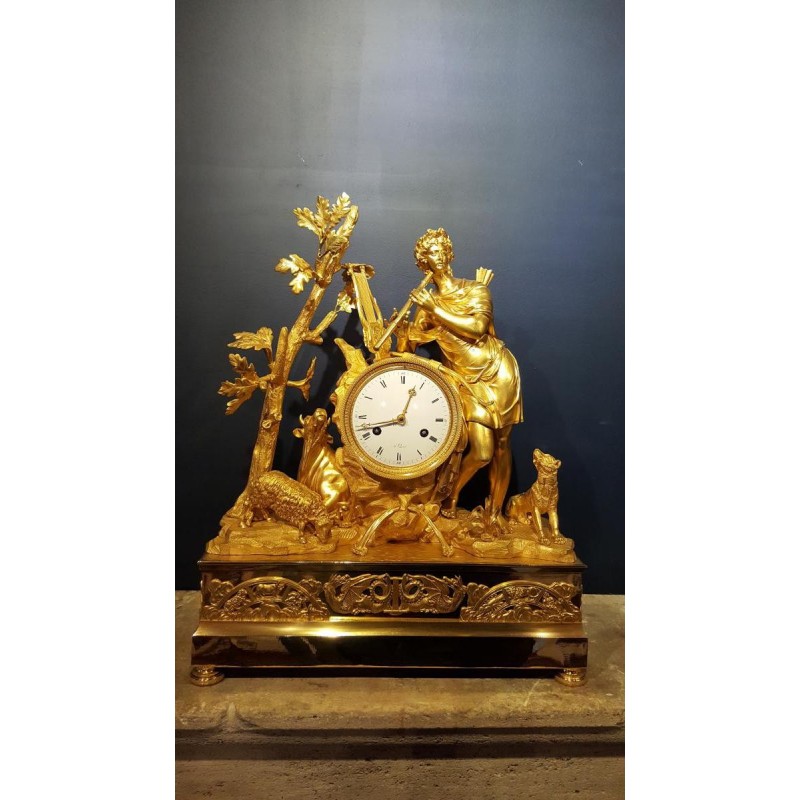 Pendulum clock of the Empire period between 1805 and 1808 representing Orpheus, hero of Greek mythology, son of the king of Thracian Eagle and the Muse Calliope. He knew, by the music of his lyre, to charm wild animals and even to move inanimate beings.
Movement is signed Hardel in Paris.
Very beautiful composition, the quality of carving is remarkable, the base in gilded bronze polished with agate is adorned with the twelve signs of the zodiac.
An identical pendulum is signed by Ravrio.