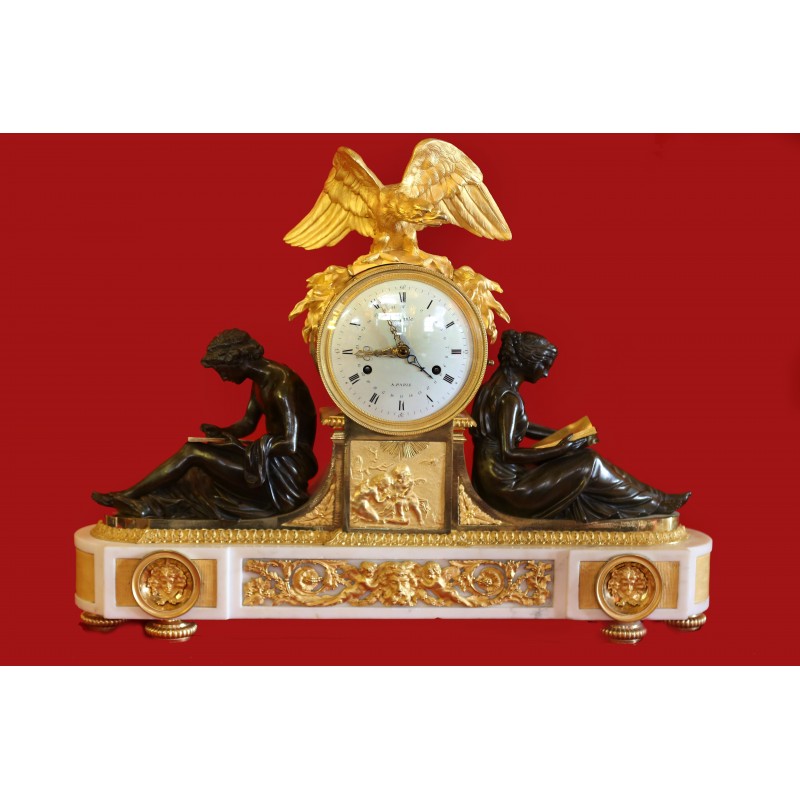 The Study and Philosophy

Louis XVI period clock in Carrara marble and mercury gilt bronze
entitled "The Study and Philosophy" famous model after the sculptor Boizot.
The enamelled dial is signed Le Paute; Jean-Baptiste le Jeune; 1776-1802 King's watchmaker housed at the Louvre, it also has the dates of the month.
The first pendulum to study and philosophy would have been offered to Louis XVI for the castles of Seals where it is always, there is one which is in the museum of the Ile de France and in the museum of the Hermitage in Saint Petersbourg.
This one has the gilded bronze decorations in the marble base at the back of the clock from so that we can see them if the pendulum is in front of a chimney mirror, which is not the case of all clocks under study.
This clock has been cleaned, as well as the movement on which you have 10 years warranty.